Remember Han Solo’s iconic  gun that looked like a broom handle pistol? So the guy responsible for the monstrosity pictured below got a toy version of it and did some risky engineering. The result? A tool that wouldn’t be out of place in the Fallout 3 universe.  If only it shot lightning bolts. We just love Fallout. 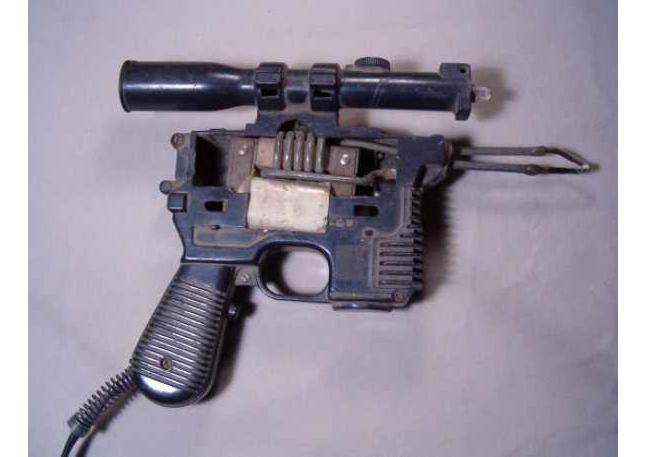 Unfortunately, no. See, the guy who made it (his name’s Craig Smith) broke his dad’s soldering gun back in the day. To make up for his mistake, he took his Han Solo toy pistol and even installed the soldering gun’s bulb on its sight. Clever, huh?

As the years went on, Craig Smith all but forgot about the gun until his childhood home got sold. Lo and behold, abominale gadget and creator were reunited. Worthy of a biopic, in our opinion.