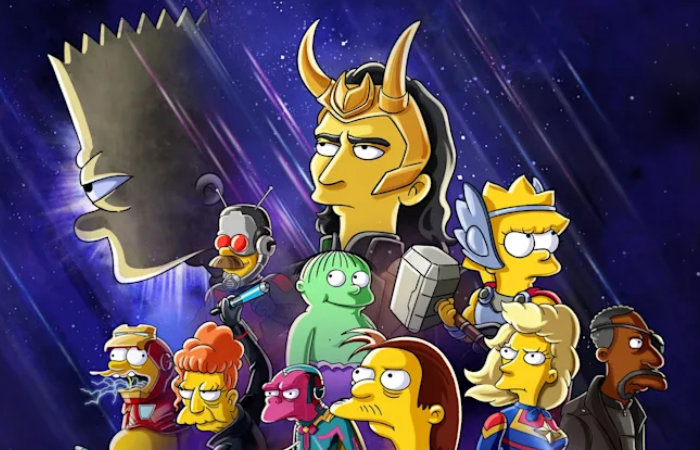 Simpsons fans will be pleased to hear that Marvels Loki will be meeting The Simpsons in a new Marvel-Simpsons crossover episode which will premiere on the Disney+ streaming service later this week and will be available to watch from July 7th 2021. The episode will be titled “The Good, The Bart, and The Loki,” and will premiere on alongside the fifth episode of Loki Marvel TV series. The 6th and final episode in the Loki TV series will premiere on July 14th 2021. The Good, The Bart, and The Loki is the second installment in a series of Disney+ shorts and follows on from Maggie Simpson in The Force Awakens From Its Nap on May 4th 2021.

““The Good, The Bart, and The Loki”  Loki Simpsons episode is the second installment in a series of Disney Plus shorts from “The Simpsons” that highlight the service’s marquee brands and titles. To celebrate Star Wars Day and the premiere of “The Bad Batch,” Disney Plus released “Maggie Simpson in ‘The Force Awakens From Its Nap’” on May 4.”

The Marvel Loki TV series stars Tom Hiddleston as Loki from the film series, with Gugu Mbatha-Raw, Wunmi Mosaku, Eugene Cordero, Tara Strong, Owen Wilson, Sophia Di Martino, and Sasha Lane also starring. Loki premiered on June 9, 2021, and its first season will consist of six episodes. It is part of Phase Four of the MCU. A second season is in development.