Logitech has today announced a new edition to their range of Bluetooth keyboards, with the unveiling of their new Logitech K810 Bluetooth backlit illuminated keyboard.

The new Logitech keyboard is equipped with easy switching Bluetooth technology allowing you to pair up to 3 devices and quickly switch between them. 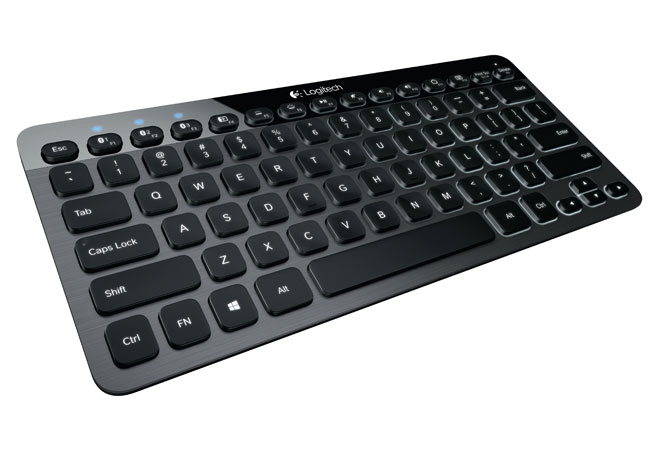 Logitech has also equipped their new Bluetooth keyboard with Windows 8 support, together with a keyboard layout which has been designed for use with Windows 8 and includes shortcuts for instant access to the Windows 8 start screen and more.

However the Logitech K810 keyboard will also work just as well with Android and iOS devices, as well as older versions of Windows. The keyboard is finished in brushed aluminium and allows you to switch between your desktop PC, tablet or smartphone with ease.

The Logitech K810 keyboard will be arriving in stores throughout the US this month and will be priced around $100.