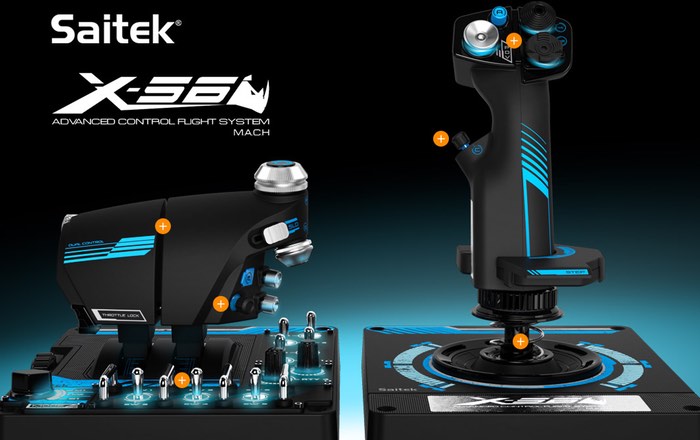 It has also been hinted this week that Logitech G could make a big move in the virtual reality gaming space, not necessarily with HMDs, but with other related input devices. Although nothing at the moment has been confirmed. Logitech explains more in its press release.

It’s an exciting day for Logitech G. We just acquired the Saitek brand and the Saitek line of flight, farm and space simulation game controllers. They’re the go-to products for anyone into games like Elite Dangerous, Eve Valkyrie, Star Citizen, Microsoft Flight Simulator and Farm Simulator.

First, these products are just great. We know a thing or two at Logitech about what makes a gaming product stand out and these products deliver exceptional experiences. Don’t take our word for it – we’ve seen the Saitek fans on the forums.

Second, simulation games are cool and getting cooler. Whether you’re into driving, flying or exploring space, there are fresh new titles available and more to come. Some of these titles are even VR enabled and we believe that dedicated controllers will stimulate and enhance the total VR experience.

Last and most importantly, we’re excited to be a bigger part of the simulation community. We already make gaming wheels for the driving simulation market and this new line of products will provide an even more complete experience. We care about this space and want to do right by its fans. We have a vision that will take these products further, faster. Stay tuned for future updates, as we further integrate the Saitek products into our overall Logitech G portfolio.