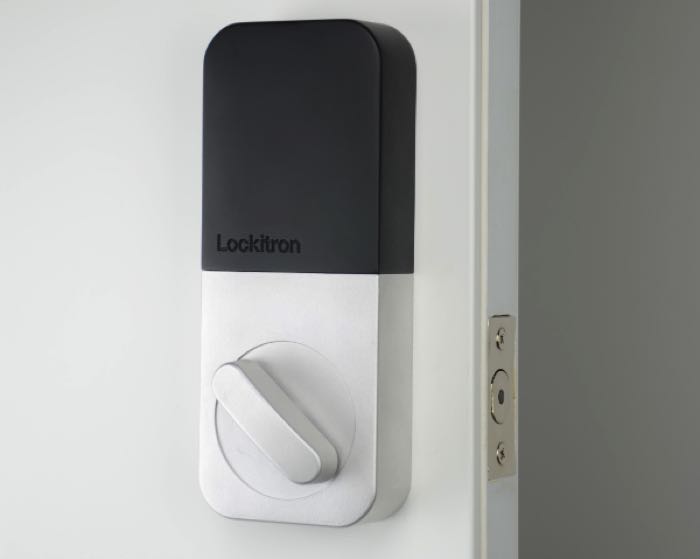 Lockitron announced their first smartphone controlled lock a couple of years ago, the device was originally funded by crowd funding, although they had a few problems with the first device, and now they are launching a new version called the Lockitron Bolt.

Bolt is based on a tested locking mechanism that has seen millions of cycles across thousands of doors. It’s manufactured in a facility that’s proven its ability to ship tens of thousands of units per year. Like it’s successor, Lockitron Bolt incorporates Bluetooth Low Energy – we’ve broken out Lockitron’s WiFi capability into a separate unit called Bridge which will give you always-on remote control from anywhere in the world without draining the batteries.

We’ll be shipping Lockitron Bolt in two editions – the first is a Preview edition which will begin shipping in March. Based on the same mechanical hardware as the final version of Bolt, Bolt Preview is an open beta which we are limiting to a few thousand units. The mechanical components for the first 1,000 Bolt Preview units have already been produced. The production variant of Lockitron Bolt is slated for late spring and will come in variety of finishes to best match your decor.

You can find out more details about the new Lockitron Bolt at the link below.