While there’s no real world equivalent to Tony Stark living today, Stark Industries does have cutting edge equivalents among today’s defense contractors. Since defense contactors are generally in a sweet spot financially thanks to their government ties, they have more than enough capital set aside to embark on projects that would otherwise be deemed crazy. 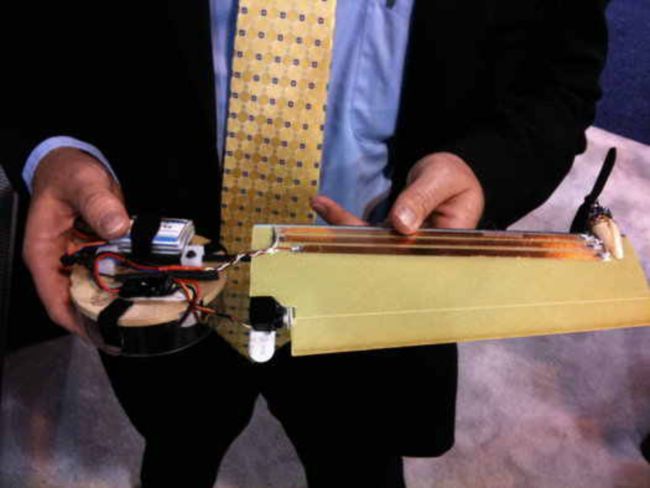 That’s the coolest part of being in defense these days is that the high tech ‘toys’ programs in each company’s respective skunkworks are usually producing epic stuff. Any engineer/science nerd with a flair for science fiction reality would be excited to know what the big defense contractors are up to.

Since the U.S. Army and other branches have embraced drones as part of their future war doctrine, it comes as no surprise that Lockheed Martin are actively testing new drone prototypes to expand the medium’s role.

Seen above is the Samarai, a maple-seed inspired design that’s hardly a foot long and remote controlled. Launched by hand, the Samarai is scheduled to be exhibited at an upcoming UAV conference in Washington, D.C.

The Samarai was built and initially tested in a New Jersey robotics lab owned by Lockheed Martin. As a non-lethal surveillance gadget being targeted at military and police purposes, it conforms to the new requirement for an security/combat unit that have a broad array of surveillance tools at hand during operations.