We have already seen the T-Mobile G-Slate from LG, which is the US version of their Android 3.0 Honeycomb tablet and now it looks like LG will be announcing a European version at MWC 2011 later this month.

The LG Optimus Pad is expected to be a 3G version of the G-Slate, designed for Europe, and it will probably come with the same specifications as the G-Slate. 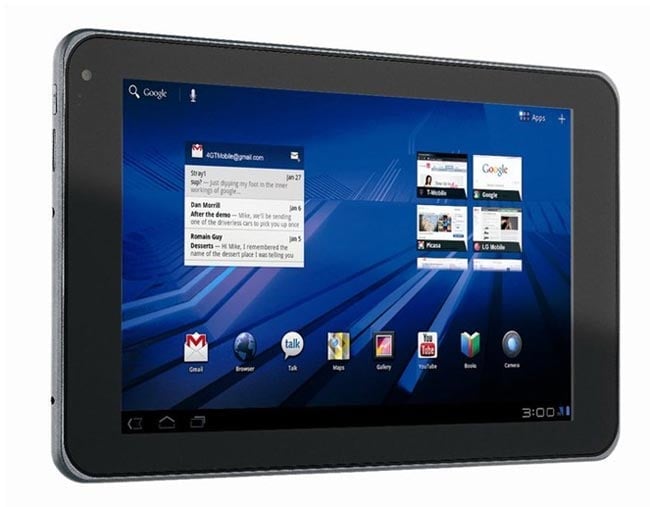 The Optimus Pad is expected to feature the same 8.9 inch HD display, and also be capable of displaying 3D content with a pair of 3D glasses, plus it can also display HD video in 720p.

Other specifications include a NVIDIA Tegra 2 processor, 32GB of storage, and dual stereoscopic cameras which are capable of recording 3D video in full HD at 1080p.

As soon as we get some more details on the LG Optimus Pad and when it will be available in Europe we will let you guys know.