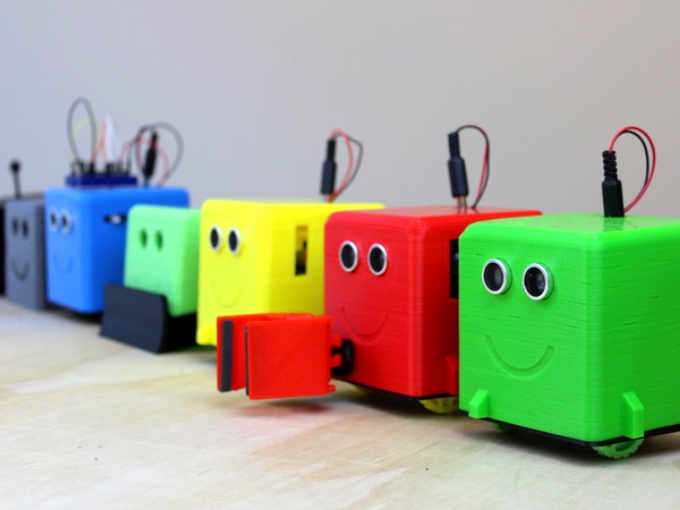 A cute Arduino robot has been created by Slant Robotics called the LittleBot which has been built to enable children to learn more about programming and robotics.

The Arduino robot can be either purchased with 3D printed parts or simply with the files to print on your own 3D printer if preferred. Watch the demonstration video below to learn more about its features and functionality.

Every inventor has a story from their childhood where they ruined their Mom’s vacuum cleaner or their own toys, trying to “find out how it worked.” We wanted to create a robotic toy that not only could be taken apart to “see how it works” but encourages that kind of exploration so that a new generation of engineers and scientists can be created.

At Slant we are working to create kits and tools that get kids excited about technology. Robotics is the best means of doing this since it is so multidisiplinary. Biology, Physics, Mechanics, Electronics, Art, they are all components of Robotics.

For more information on the new LittleBot jump over to the Kickstarter website for details by following the link below.