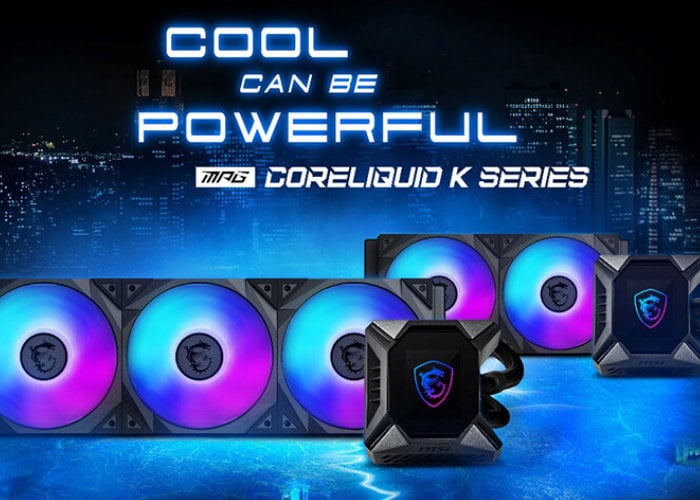 An additional 60 mm TORX FAN 3.0, has been cleverly placed and hidden inside the water block and the TORX FAN 3.0’s dispersion fan blade design accelerates airflow around the CPU socket and increases the effectiveness of heat dissipation around the motherboard’s power solutions, explains MSI in its press release today. Features of the MPG CORELIQUID K360 MSI liquid CPU cooler :

– MSI’s TORX FAN 4.0 provides supreme cooling to the radiator.
– 60mm TORX FAN 3.0 within the water block provides heat dissipation to the power solutions.
– 2.4” customizable LCD display
– G.I. Mode intelligently detects the temperature of the CPU to adjust the speed of the radiator fans, water block fan, and pump.
– The fans’ speed can be independently controlled according to different user scenarios.

“The MPG CORELIQUID K Series has been carefully designed for a complete and direct user experience. Introducing MSI’s exclusive G.I. (Gaming Intelligence) mode, which intelligently detects the temperature of the CPU and reacts to it. The radiator fans, water block fan, and pump can all have their speed adjusted automatically within different usage preferences. Alternatively, each fans’ speed can be manually controlled. The MPG CORELIQUID K Series also features a 2.4″ LCD panel, capable of displaying a variety of graphics including images and text. It is capable of displaying the current hardware status of your system, providing a quick glance at how the system is performing.”