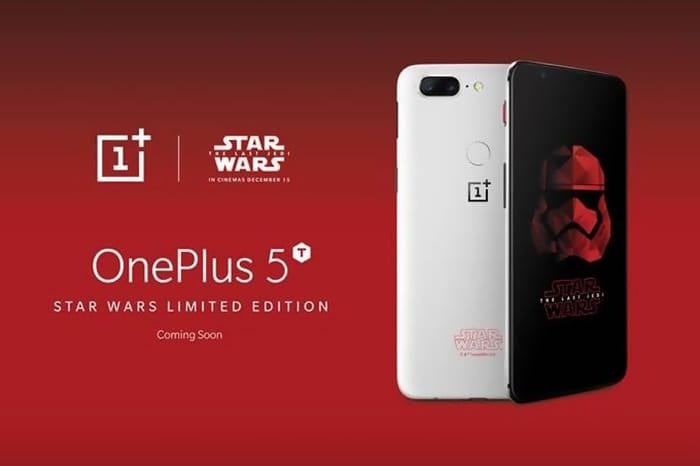 The limited edition Star Wars OnePlus 5T is now available in India, the handset is also launching in some Scandinavian countries.

The device comes with a Stars Wars themed case plus some exclusive wallpaper and more, the handset has the same hardware specifications as the standard device.

The Star Wars OnePlus 5T is now available in India for the equivalent of $607, as soon as we get some details on when it will land in more countries, we will let you guys know.