A Chinese designer has just outed his latest brilliant idea, which is literally brilliant when used in a darkened room. It’s called Light Tissue, a moniker that has ‘obvious’ written all over it. It’s a little strange in the sense that tissue is often used as disposable when the Light Tissue apparent utility compels a user to keep it around for whatever reason. In other words, it looks too useful to be discarded. 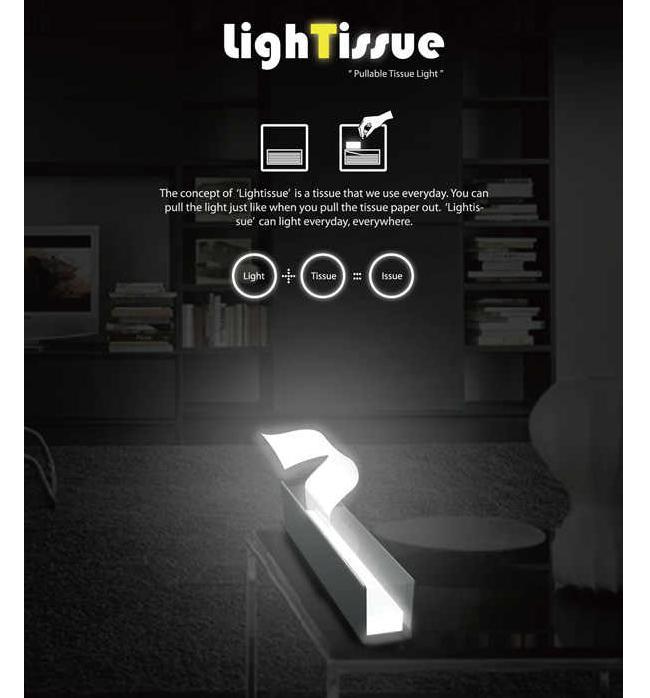 Not to think about it too deeply, but we belive what was stated above is a valid point. The Light Tissue seems to straddle the line between plain tissue and an appliance that has applications for different tasks.

The problem is while the idea is appealing and looks do-able, the ‘light’ part is tricky. Unless it glows from magic, it’s hard to conceive how a really thin sheet can glow at such brightness. Unless it’s some type of yet un-developed e-ink. Also, it seems like a royal waste using this tissue to wipe, why, ANYTHING. Considering how strong it glows, a few creative types can make clothes out of several dozen pieces of Light Tissue sewn together.

As concepts go, there’s hardly any science or cutting edge engineering behind this at the moment.