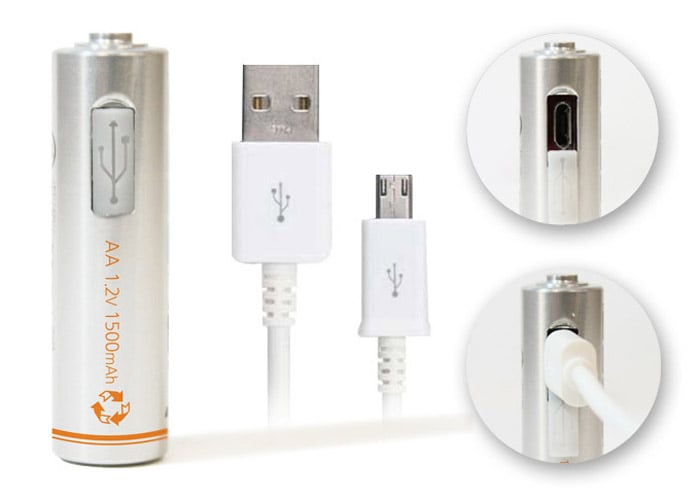 There are plenty of rechargeable batteries on the market today including some from the largest battery firms out there. The thing that most of those batteries have in common is that they need a big charger that plugs into the wall and that charger is hard to take with you when travelling. We have seen batteries in the past that recharge via USB ports and a new battery that uses USB ports for power has turned up on Kickstarter.

The battery is called Lightors and the big feature for the battery is that it will survive up to 500 charge cycles. That means you can charge it, deplete the charge, and charger it again up to 500 times. Lightors might not be the first battery to charge via USB, but that is a nice feature.

Lightors come in AA and AAA sizes and each has a little cover that hides a micro USB charge port. You could use the same charger you use for your Android device to charge these batteries on the road. The AA battery has 1500mAh of power with the AAA offering 600mAh. A pledge of $8 will get you two of either size battery and a charge cable.