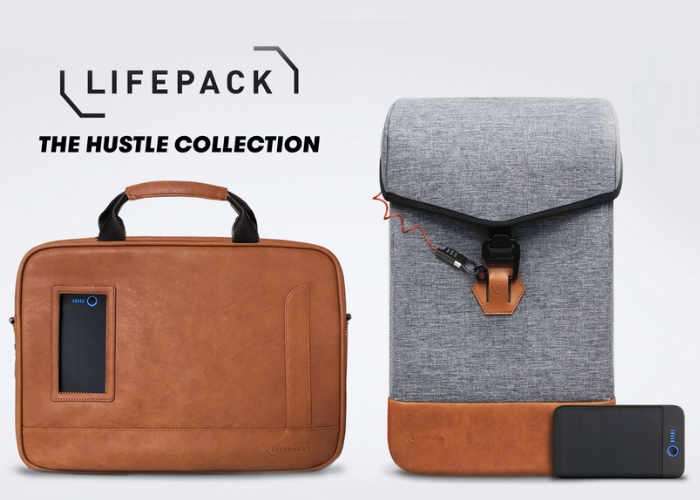 After raising more than $400,000 over the past few weeks the Lifepack Hustle gadget bag Kickstarter campaign is now coming to an end and has successfully raised its required funds and more thanks to over 2,700 backers.

The backpack and shoulder gadget bags are equipped with features such as solar charging technology and a patented anti-theft locking system, which is available for early bird backers from just $119, with shipping expected to take place during December 2017.

In 2016 we launched Lifepack on Kickstarter – now we’re back – with The Hustle Collection. We’ve shipped over 15,000 Lifepacks all over the world and we have listened to our backer community to make the best evolution of our bags based on your feedback.

These bags have been designed to help you work smarter and harder – no matter where you are in the world. We plan on getting you your rewards by December 2017! We have 5 warehouses around the globe and your order will be dispatched from the closest warehouse to you: Los Angeles, USA, Vancouver, Canada, Tilburg, Netherlands, Hong Kong , Sydney, Australia.

Just over eight hours remain on the Lifepack Hustle so don’t delay on making a pledge if you would like to be one of the very first to own either design.