Over the years we have featured a variety of amazing creations that have been constructed using Lego bricks. However this new project entitled The Super Awesome Micro Project has built a life-size Lego car complete with Lego engine that runs on compressed air. 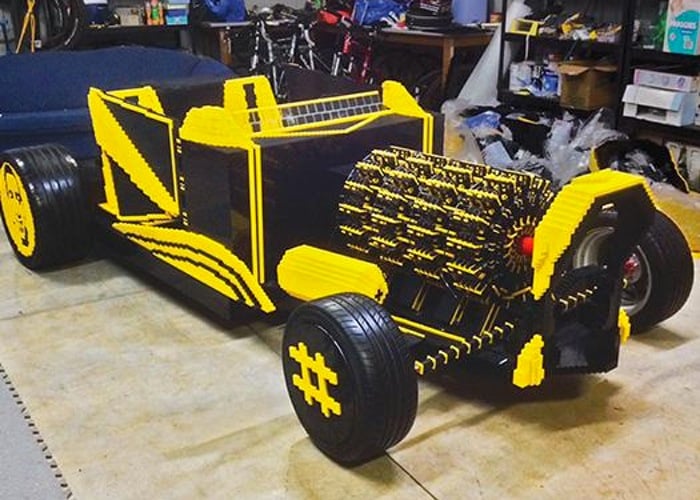 Features of the life-size Lego car include an engine that has been constructed from standard Lego pieces and is constructed using 4 orbital engines and a total of 256 pistons.

The life-size Lego car contains more than half a million Lego pieces and has a top speed of around 20 to 30 km an hour. Although it has been driven fairly slowly in the video as the duo are a little scared of a Lego explosion.

For more information on the new life-size Lego car jump over to the The Super Awesome Micro Project website for details.