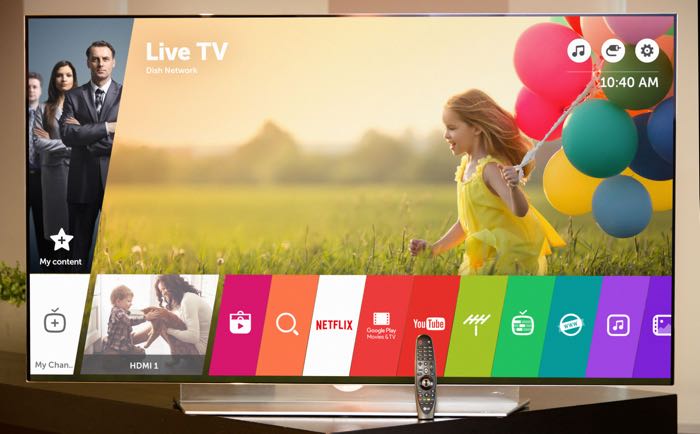 LG has announced that their will unveil a new version of their smart TV platform, LG webOS 3.0 at CES in January.

The company has said that their new LG webOS 3.0 will bring a range of new features to their Smart TVs.

LG webOS 3.0 offers three magic smart features: Magic Zoom, Magic Mobile Connection and an upgraded Magic Remote, taking the user experience to a whole new level. Magic Zoom enables users to magnify objects and letters without any degradation in picture quality. And with Magic Mobile Connection, users can easily connect a mobile phone to their LG SMART TV via the LG TV Plus App on their mobile device to access mobile apps on the TV screen. The upgraded Magic Remote is designed to make controlling set-top boxes (STB) easier with the addition of buttons on the remote. The Screen Remote feature has also been redesigned to simplify the user interface for less clutter and more convenience.

“We are excited about webOS 3.0, a major update since this advanced TV platform technology was first introduced in 2014,” said Brian Kwon, President and CEO at LG’s Home Entertainment Company. “The webOS story of Simple Connection, Simple Switching and Simple Discovery has really connected with customers and illustrates very clearly our commitment to securing a leadership role in the smart TV market with innovation and creativity.”

We will have more details about the new webOS 3.0 from LG when it is made official in January at CES 2016.