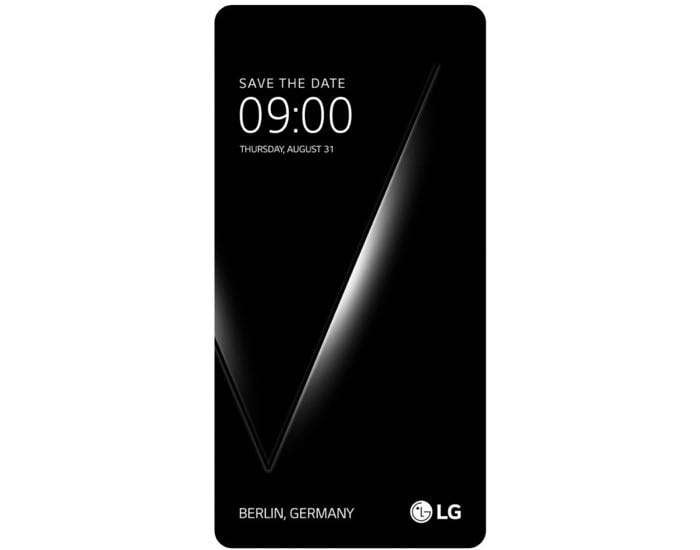 LG has sent out press invites to their IFA press event which will take place on the 31st of August 2017 and the company will unveil their new LG V30 smartphone at the event.

IFA 2017 takes place in Berlin from then 1st of September to the 6th of September and we are expecting to see a wide range of new devices at the event.

We have been hearing a number of rumors about the new LG V30 smartphone, the handset is expected to be powered by the Qualcomm Snapdragon 835 processor and come with either 4GB or 6GB of RAM.

The LG V30 is expected to get a number of upgrades over the LG V20 and we are expecting the handset to feature a dual rear camera setup like the V20.

As soon as we get some more information on the new LG V30 smartphone, including some photos of the handset, we will let you guys know.