Yesterday we heard that LG would be launching a new 55 inch OLED TV at CES 2012 in January, and now LG has announced that they will also display a new ultra HD TV at CES.

This new ultra HD TV from LG measures 84 inches and features a 4K resolution of 3840 x 2160 pixels, and it comes with LG’s Smart TV and also their Cinema 3D and also works with their new voice controlled Magic Motion remote. 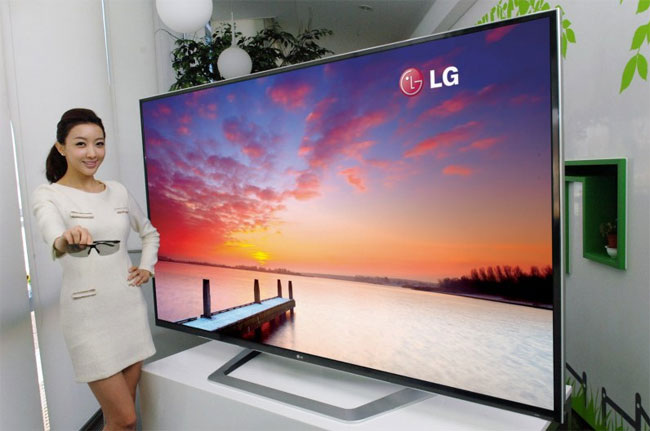 There are no details on when this massive ultra HD TV will go on sale, although according to Engadget the device looks like it is ready for production, so we could see it in stores next year, although we suspect it is going to be quite expensive.

Have a read of our guide on the difference between LCD and LED Tvs, and also our new OLED TV explained article.