LG has announced that it will be showcasing its new line of Tab-Book Windows 8 slider devices at CES 2013 next week running from Jan 8th-11th.

The new LG Tab-Book H160 takes the form of a tablet equipped with a sliding QWERTY keyboard, and is already available to purchase in South Korea for around $1395. 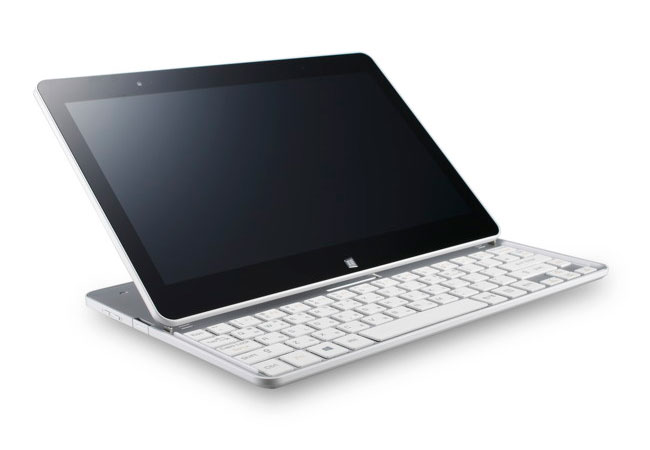 Other features of the LG Tab-Book H160 include a USB port, HDMI port, and a microSD card slot, together with Bluetooth and Wireless connectivity all encased in a form factor measuring just 0.6 inches thick and weighing around 2.3lbs.

LG will also be offering a more powerful version equipped with a Intel Core i5 processor, but no information on pricing or worldwide availability has been released as yet for this model, with details expected to be released at CES 2013 next week.