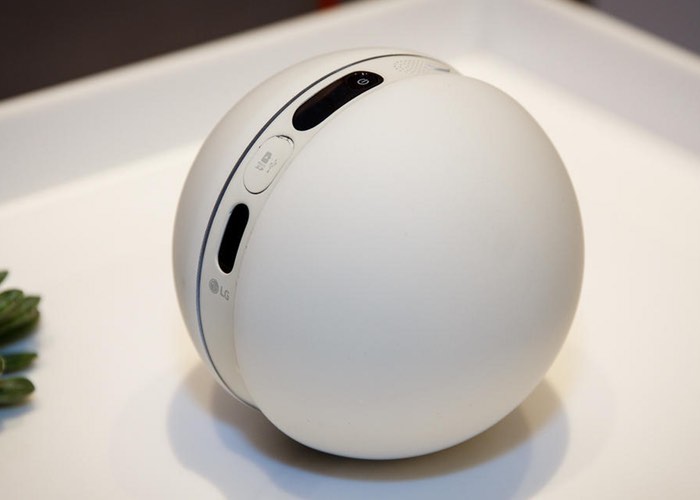 At the Mobile World Congress 2016 technology show this week which is currently underway in Barcelona, LG has unveiled a wide range of new concept hardware including a virtual reality headset, 360 degree camera and a small spherical robot aptly named the LG Rolling Bot.

The LG Rolling Bot has been showcased, and is being tested out by attendees to this year’s MWC event. One of which was tech reporter Vlad Savov from the Verge, who has published a quick hands-on demonstration video for your viewing pleasure.

Vlad describes the LG Rolling Bot as a “drunken headless BB-8” and demonstrates how it can be controlled using your smartphone and companion application. That provides a number of features for those who may have pets at home and need to interact with them whilst away.

The LG Rolling Bot is equipped with a camera that is capable of recording full HD 1080p video or capturing 8 megapixel still images and saves them to a 16 GB microSD card.

Unfortunately no information On a confirmed release date has been announced as yet by LG for the rolling robot but the company says its development is still underway and you can expect it to make a consumer launch sometime towards the end of this year. Probably just in time for the holiday season. As soon more information is released we will keep you updated as always.