According to the guys over at Droid Life, the LG Revolution will launch on Verizon Wireless in the US on the 26th of May at the same time as the new Motorola Droid X2 and the Sony Ericsson Xperia Play. 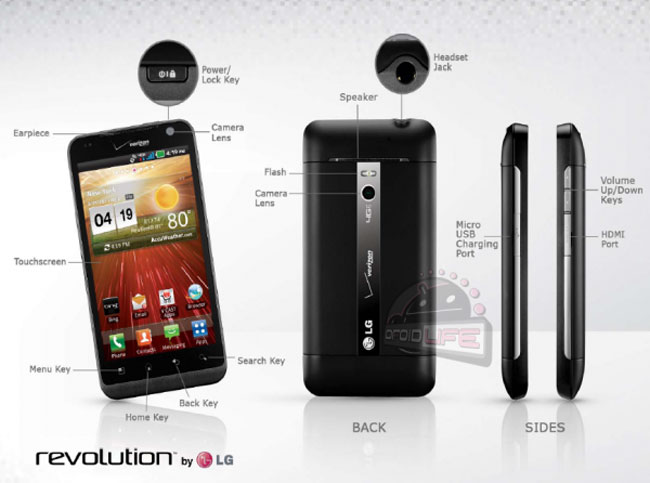 Other specifications include a 16GB pre-installed SD card, HDMI, DLNA, WiFi and Bluetooth,  and it is also reported to feature Microsoft’s Bing integrated into the device, as soon as we get some more information we will let you guys know.