LG recently launched the LG Optimus LTE II in South Korea, and a new version of the device appeared at the FCC with the VS930 model number, which led to speculation that the device was headed to the US.

Now the guys over at Engadget have managed to get their hands on a photo of the US version of the LG Optimus LTE II, as well as some specifications and it looks like the handset is headed to Verizon. 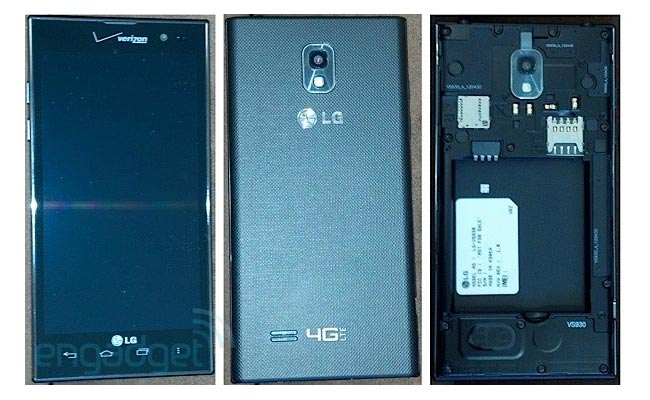 According to Engadget, the Verizon LG Optimus LTE II will come with Android 4.0.4 Ice Cream Sandwich and will feature a dual core Snapdragon S4 processor.

The handset will also come with a 4.7 inch True HD IPS display, 16GB of built in storage, NFC, support for global radios, 1GB of RAM and an 8 megapixel camera, as soon as we get some more information we will let you guys know.