We have already seen a number of photos of the new LG Nexus 4, and now we have another photo of the device along with some more specifications, the latest leak comes from @evleaks which has been a source of a number of leaked devices over the last few months.

The photo below was posted to Twitter by @evleaks, as well as some specifications for the handset which include a quad core APQ8064 processor clocked at 1.5GHz. 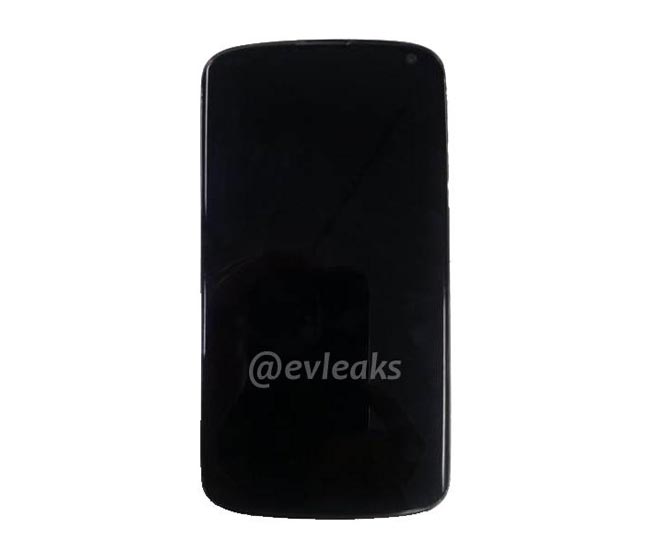 Other rumored specifications on the LG Nexus 4 include a 4.7 inch multi-touch display with a resolution of 1280 x 768 pixels, plus 2GB of RAM and 16GB of built in storage.

We are expecting Google to announce the new LG Nexus 4 at their special event on the 29th of October, where they are rumored to be unveiling Android 4.2 Key Lime Pie, which we are expecting the handset to come with.