According to the guys over at Brief Mobile, LG has a new high end Android smartphone in the works, the LG LS970 which will apparently come with 28nm 1.5GHz Qualcomm quad core Krair Processor and an Adreno 320 GPU.

The handset is rumored to be called the LG Eclispe and will also feature 2GB of RAM and 16GB of built in storage, plus a 4.67 inch HD LCD with a resolution of 1280 x 768 pixels. 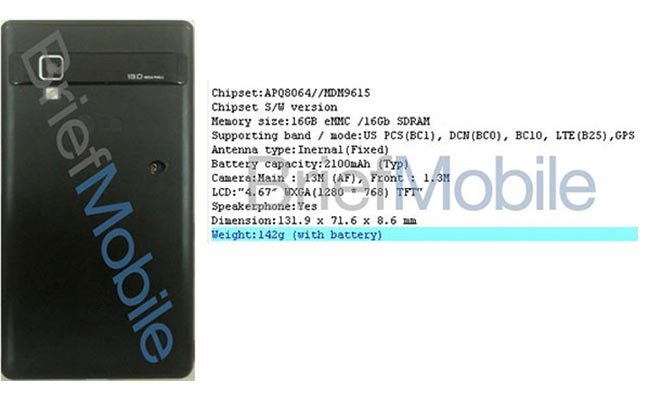 Other specifications on the LG LS970 include a 13 megapixel camera, 4G LTE and the device is expected to launch on Sprint in the US, as soon as we get some more information we will let you guys know.