In the run-up to the launch of Microsoft’s new Windows 8 operating system, LG has this week unveiled a couple of new additions to their range in the form of the new all in one Windows 8 V325 PC, together with their new LG H160 Windows 8 sliding tablet.

The new LG all in one desktop PC is equipped with a 23 inch touchscreen display, that supports 10 finger multitouch gestures, and is powered by a Intel Core i5 processor, supported by NVIDIA GeForce GT640M graphics providing support for 3D viewing. 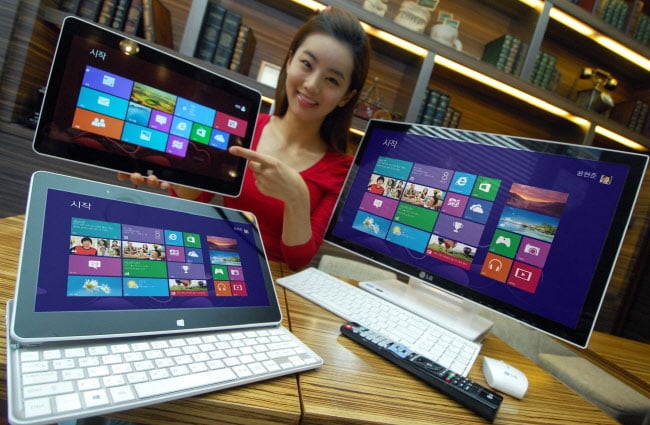 The Windows 8 LG V325 PC is also equipped with a dedicated TV tuner which enables the system to be used as a stand-alone TV when required. Without the need to boot the PC into its Windows 8 operating system.

The new LG H160 Windows 8 tablet measures just 15.9mm thick and weighs in at 1.05kg, and also comes equipped with a “Smart” touch pen, but full details of this are still unclear at the present time. No details on pricing has been released by LG either, but you can expect more information to be made available around October 26th on the Windows 8 launch date.