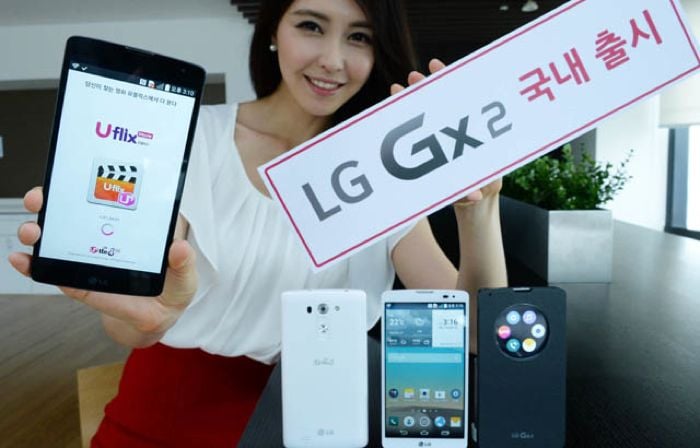 Yesterday LG announced the LG G3 Stylus, and now the company has launched another Android smartphone, the LG Gx2, and the device comes with a 5.7 inch display.

Other specifications on the LG Gx2 include 8GB of built in storage, plus a 3,200 mAh battery that is removable, and front and rear facing cameras.

The front facing camera on the new LG Gx2 is a 1.3 megapixel model, the rear camera is an 8 megapixel camera, and it comes with Laser Auto Focus like the LG G3.

The handset measures 152.1mm by 79.2mm by 9.1mm thick, and it weighs in a 165G, the device will come with Android 4.4 KitKat and it will be available in two colors at launch, titanium black and white.

LG have not given an exact launch date for the LG G2x, the handset will launch in South Korea and it will come with support for LTE and LTE-A, as soon as we get some more details, including some information on pricing, we will let you guys know.