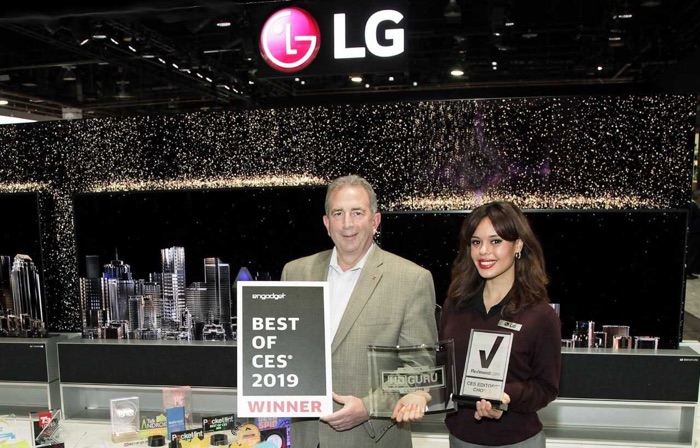 It would appear that LG has done well at this years Consumer Electronics Show in Las Vegas, the company has announced that it has received more than 140 awards at this years show.

LG unveiled a number of new devices at CES 2019, this included their new rollable TV, 8K OLED TVs, some new soundbars and more.

The LG SIGNATURE OLED TV R – the world’s first rollable television – stole the show this year, bringing in more than 70 awards and honors from a wide range of respected technology media publications. LG’s 2019 lineup of LG grams ultra lightweight laptops served notice that they will be a force to be reckoned with in 2019 with major awards from publications including Reviewed.com, Trusted Reviews and Techlicious.

You can find out more information about all of the awards that LG received at CES 2019 over at their website at the link below.