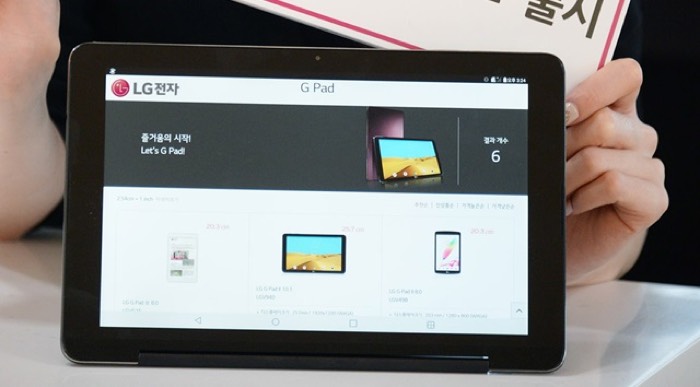 The LG G Pad III 10.1 is powered by an octa core processor clocked at 1.5GHz and it comes with 2GB of RAM and 32GB of included storage.

Other specifications on the LG G Pad III 10.1 include 4G LTE, WiFi and Bluetooth, the device also comes with a 6000 mAh battery and Android 6.0.1, it will costs 429,000 KRW. As yet there are no details on when it will launch in the US and Europe.