A first glimpse of the new LG Doubleplay sporting its dual screens have been released today, and as you can see by the press picture below the new LG Doubleplay is equipped with a physical keyboard which is split down the middle by a neat rectangular extra screen. Which can be combined with its larger 320×480 HVGA screen to providing you with extra space and access to application icons.

The LG Doubleplay will be arriving on the T-Mobile network and was originally announced four months ago by the carrier when it was labelled with the codename Flip II. This now seems to have changed to Doubleflip to incorporate the dual screen functionality into the name. 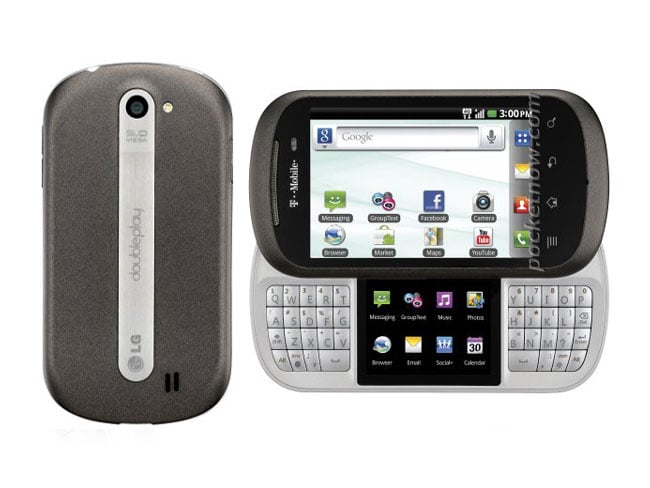 Very few specifications have been released about the LG Doubleplay but its thought to be equipped with a 5 megapixel camera and is expected to arrive on November 2nd for around $150 with a two year contract. Unfortunately no information on worldwide availability has been released as yet, but as soon as more information comes to light we will keep you updated as always.