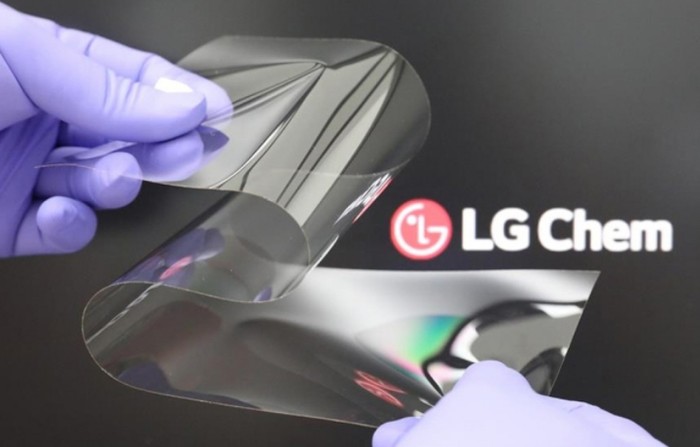 The engineers and researchers at LG Chem have this week showcased a new material they have created which is as flexible as plastic yet as hard as glass. The new “Real Folding Window” folding glass style display technology has been created to make screen covers and is durable enough to be folded and unfolded at least 200,000 times and can be folded both in words and outwards depending on its application.

Unfortunately smartphones, tablets and devices featuring the new foldable material aren’t expected to be available until 2023 when the company hopes to put the new material into full-scale production. The ‘Real Folding Window’ that LG Chem developed is coated with a new material at a thickness of a few dozen micrometers (㎛) on both sides of PET film, which is a type of thin plastic, to enhance heat-resistance and mechanical properties of plastic materials.

IT Materials Division Leader, Vice President Chang Do Ki : “We will strengthen our partnerships with leading companies of the smartphone industry and expand our market starting with mobiles and going on to new foldable applications such as laptops and tablets”

“LG Chem developed new technologies that can be used for foldable displays using new materials technologies and its accumulated coating technologies as it enters the next-generation materials market in earnest. Regarding this, LG Chem announced that it had developed the cover window for foldable IT devices called ‘Real Folding Window’ that applied specially developed coating materials to make the surface as hard as glass, while the folding parts as flexible as plastic.”

“Unlike existing polyimide films and tempered glass-type materials, the cover window that applied LG Chem’s new coating technologies will maximize flexibility, while also providing optimized solutions for foldable phones such as making improvements to chronic issues like fold impressions on the connecting part of the screen.”

For more information on the new folding material that is as flexible as plastic yet as hard as glass jump over to the official LG Chem website by following the link below.