Yesterday LG announced that their new flexible smartphone display had gone into mass production, and now LG has announced some new curved batteries for smartphones.

LG is getting ready to launch their first smartphone with a flexible curved display, the device is expected to launch in November, and these new batteries may be used in this new smartphone. 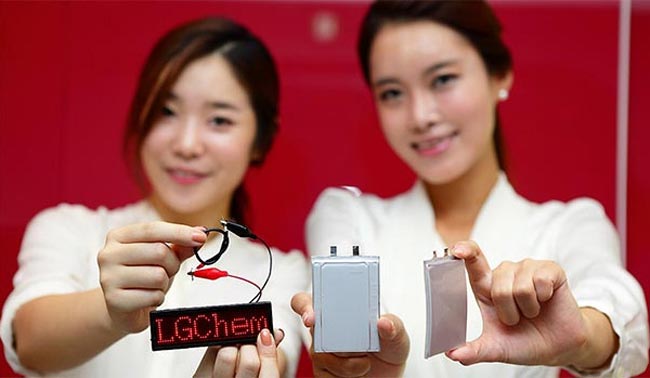 These new batteries are being produced by LG Chem, a division of LG, who are also making stepped batteries which are used in the LG G2 smartphone.

Stepped batteries are essentially two batteries are added one on top of the other, in a stepped design, this is used to fill up the available space within a smartphone or use the so called ‘dead space’ within the device.

“Through the exclusiveness of our unique technology, LG Chem has succeeded in launching future batteries that have not existed before. This shall be the fundamental grounds for LG Chem to become a pioneer in the market. As a leader of battery manufacturer, we will continue to strive for Global No.1 by developing more of optimized, safe and long-lasting batteries to make it the business of future generation”, said YS Kwon, the President of Energy Solution Company, LG Chem.

LG are also looking to sell their curved battries to other smartphone makers, we wonder if Samsung will be using one in their new flexible handset or whether they have come up with their own design.