Earlier today we heard that Samsung are expected to announce their new flexible display smartphone shortly, LG also has a flexible smartphone in the works. 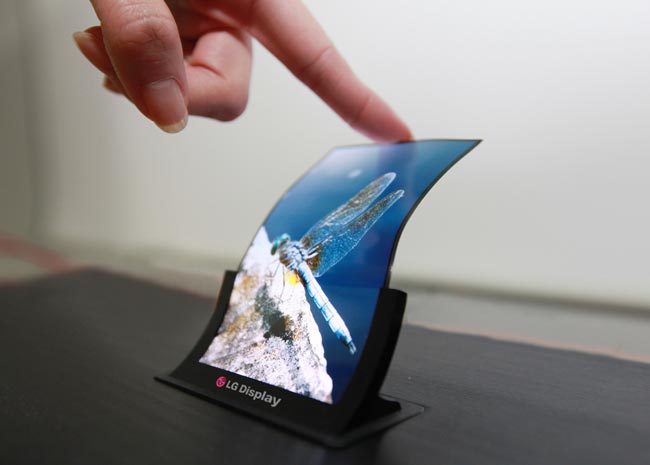 “LG Display is launching a new era of flexible displays for smartphones with its industry-leading technology,” said Dr. Sang Deog Yeo, Executive Vice President and Chief Technology Officer of LG Display. “The flexible display market is expected to grow quickly as this technology is expected to expand further into diverse applications including automotive displays, tablets and wearable devices. Our goal is to take an early lead in the flexible display market by introducing new products with enhanced performance and differentiated designs next year.”

LG also shared some more information about their new smartphone flexible display, which is an OLED panel that is built using plastic substrates instead of glass.

According to LG they use a process of ‘film-type encapsulation technology’ for the display, which is attached to the the back of the panel, the display is concave vertically and has a radius of 700mm and measures just 0.44mm thick. 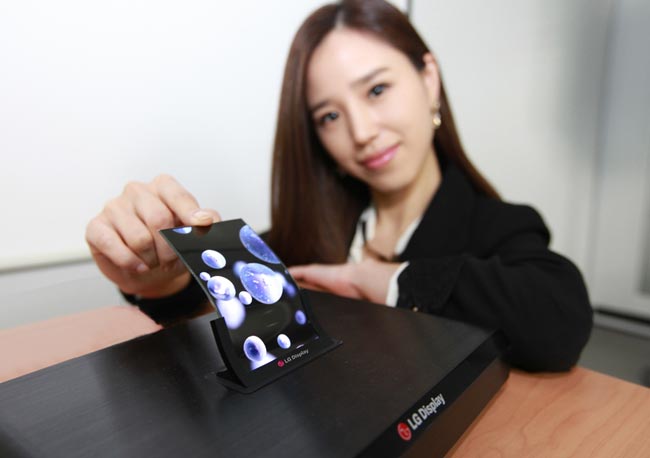 LG have explained that this new display will also have other applications as well as smartphones, they are rumored to be working on a new smart watch, and could use similar technology in this device.

According to the press release, LG have said that their smartphone flexible display is the world lightest and it will weigh in at just 7.2g, even for large devices with a 6 inch display.

LG are obviously hoping to get the jump on Samsung, by announcing this new smartphone flexible display before Samsung announced their new handset this week.

LG did not revealed any details on when the first devices will launch with this new flexible smartphone display, although there have been rumors that LG may announce the device this month.