LG has confirmed the launch date of its first smartphone to run Google’s Android OS, the LG Ally. The LG Ally will go on sale from the 20th May 2010.

Unfortunately LG didn’t reveal many details about what is inside the LG Ally, although we do know that it will come with  touchscreen and will feature a slide out QWERTY keyboard. 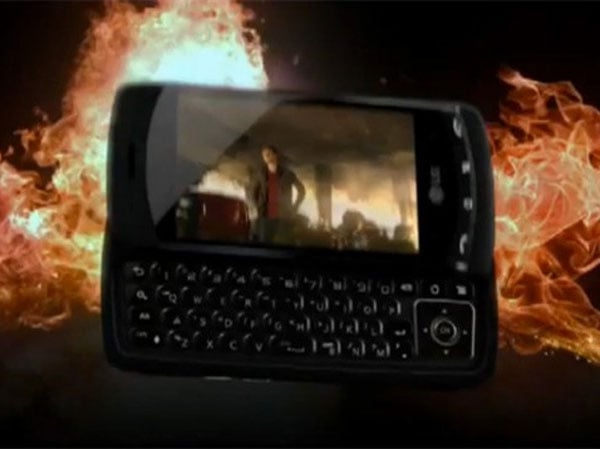 It looks like the LG Ally will come with Android 2.1, and LG have teamed up with Iron Man on this one, and the handset will come with a special limited edition Iron Man comic book, you can read the full press release below.

SAN DIEGO, May 3 /PRNewswire/ — LG Electronics MobileComm U.S.A., Inc. (LG Mobile Phones), in partnership with the upcoming summer blockbuster, Iron Man 2, from Marvel Studios, is launching a multi-platform marketing campaign that celebrates the film’stheme of heroism through technology and gadgets that push the limit. Proving that life is good when you’re connected, LG will implement a comprehensive campaign focusing on how innovation can help bring people together and make everybody a Super Hero.

The campaign will culminate with an exclusive New York event that will celebrate the launch of LG Ally and will feature futuristic technology from the LG Design the Future Challenge. In addition, the event will allow attendees to interact with a variety of Augmented Reality experiences, as well as provide an exclusive behind-the-scenes look at the Iron Man 2 film.

“LG and Marvel have come together once again to empower audiences with a thrilling account of technology and its endless possibilities,” said Ehtisham Rabbani, corporate vice president, marketing and innovation, LG Mobile Phones (LG MobileComm USA Inc.). “Allowing LG to display its innovation expertise and most advanced devices, Iron Man 2 is the perfect fit for LG’s sophisticated handsets and smart products.”

With the world now aware of his dual life as the armored superhero Iron Man, billionaire inventor Tony Stark (Robert Downey Jr.) faces pressure from the government, the press, and the public to share his technology with the military in Iron Man 2. Unwilling to let go of his invention, Stark, along with Pepper Potts (Gwyneth Paltrow), and James “Rhodey” Rhodes (Don Cheadle) at his side, must forge new alliances — and confront powerful enemies. The film is directed by Jon Favreau and will debut in theaters nationwide on May 7.

Challenging audiences to ask themselves, “Is it a lifesaver…a smartphone, or something better?” the LG Iron Man 2 advertising campaign brings the power of an LG Android device to life. Centered on five friends caught in the cross-hairs of battle between alien drones and Iron Man himself, each character must use their LG phones to find the right mobile applications to save themselves and capture a bit of glory along the way. Showcasing LG handset capabilities such as instant Internet access, music player portability, turn-by–turn navigation, photo and video sharing, and even the ability to make online purchases and restaurant reservations, each ad is a tribute to the endless possibilities of the LG Ally.

LG has developed a micro site that will give movie fans a much deeper and interactive experience than the usual movie tie-in website. In addition to information about LG Ally, site visitors can download Augmented Reality applications and enter a consumer sweepstakes with the chance to win tickets, phones and incredible LG prizes. There is also an online game, where fans can participate in exciting film-themed activities using the latest Augmented Reality technology. The site can be visited at www.lgim2.com.

A special edition Iron Man 2 comic book created by Marvel will be given away with the purchase of an LG Ally, LG Chocolate Touch and LG enV Touch mobile phone. The comic book will feature a variety of Augmented Reality experiences and will also provide consumers with text messaging short codes to access exclusive Iron Man 2 content.

Dovetailing with its “Something Better” brand marketing campaign LG Electronics will be implementing a comprehensive movie promotion program with Marvel, including TV advertising, in-store point-of-purchase materials, retailer circular ads, dealer sales incentives, and digital and mobile campaigns, from April 25 through May 22.

Consumers can text LGIM2 from their mobile phone to 95173 to receive exclusive Iron Man content, download the Augmented Reality application on their LG Ally phone and enter the sweepstakes for a chance to win the ultimate Iron Man 2 prize package:

Additional elements of the movie promotion program are special Iron Man 2 consumer electronics promotions with Best Buy. From April 25 through May 8, Best Buy shoppers can purchase a specially priced package consisting of LG’s LE5400 LED HDTV and BD570 Blu-ray Disc player. Starting on May 9 and running through May 22, Best Buy also will offer a similar LG Iron Man 2 package which bundles together the LE5400 and LG’s Network Blu-ray Home Theater LHB335.

Consumers interested in learning more about the Best Buy product bundles can visit www.lgironman.com. LG and Best Buy also are supporting the co-branded promotion with a broadcast, online and mobile advertising campaign on ABC networks.

LG Ally is the first Android device to boast an Augmented Reality application — currently exclusive to LG. Consumers who purchase LG Ally can download the Augmented Reality app, featuring exclusive Iron Man 2 content, at www.lgim2.com or by texting 95173 from their mobile phone. Present throughout Iron Man 2, LG Ally allows users to explore and experience Augmented Reality through built-in applications and software. A touch screen handset featuring a full slide out QWERTY keyboard, the Ally is the ultimate complement for technology enthusiasts who, like Tony Stark, expect nothing but the best. LG Ally will be available May 20.

Showcasing its most “Stark-worthy” technology and reinforcing its innovative heritage, LG will host an event in New York on May 11 that will engage movie fans and gadget gurus alike. The event will boast a variety of Augmented Reality experiences as well as give attendees a hands-on look at the LG Ally. The event will also feature three futuristic concept phones from the LG Design the Future Challenge. This year’s competition marks the inaugural participation of Russell Bobbitt, the prop master from Iron Man 2. Bobbitt served as a guest judge for the competition, awarding one contestant’s cutting-edge design with the Prop Master’s Choice award. The design that wins Prop Master’s Choice will be created into a non-working mock-up and displayed at the event. The lucky contestant’s design could even windup in Bobbitt’s next blockbuster film.The world-renowned prop master will also be on hand at the event to showcase the ultramodern props from the film’s set.