It looks like the Android 2.2 Froyo update may finally be coming to the LG Ally on Verizon Wireless, and whilst we dont have an exact date on when the update will be rolled out, it looks like it should be coming sooner rather than later.

The information comes from leaked screesnhot from Verizon Wireless, and it looks like Android 2.2 Froyo will bring a number of new features to the LG Ally. 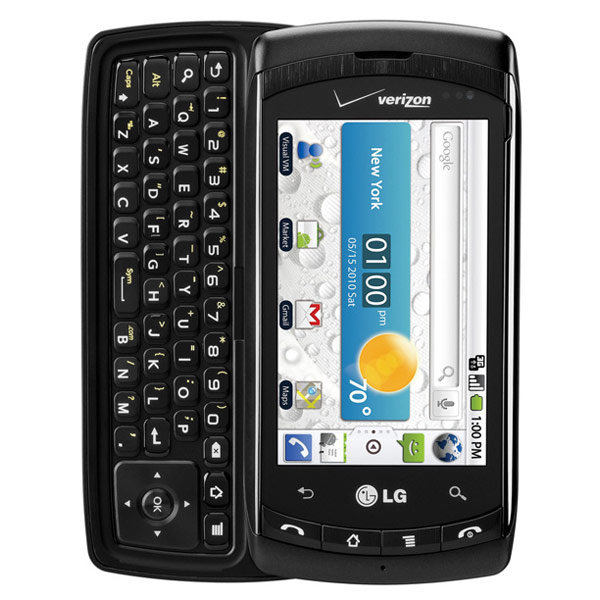 Some of the new features in the Android 2.2 update for the LG Ally include, improved security, with remote device wipe, device lock and a new minimum  password length, plus improvements for Bluetooth voice dialing. 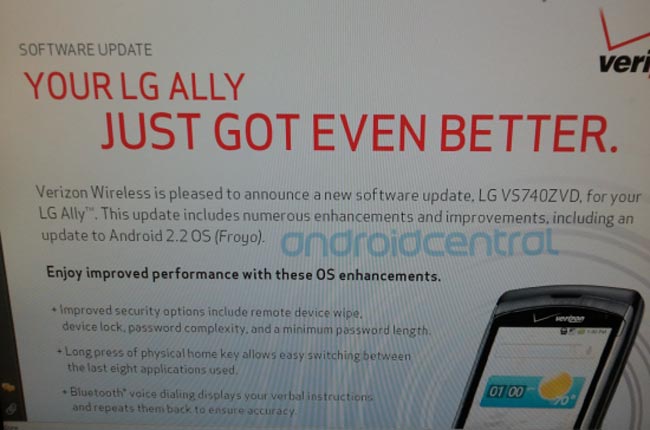 Hopefully Verizon will officially announce when the update is going to be released shortly.