LG has unveiled a new OLED TV for home theater fans at IFA in Germany this week. The TV is called the Gallery OLED and has a screen measuring 55-inches wide. This is the first OLED TV designed specifically to be mounted on wall. 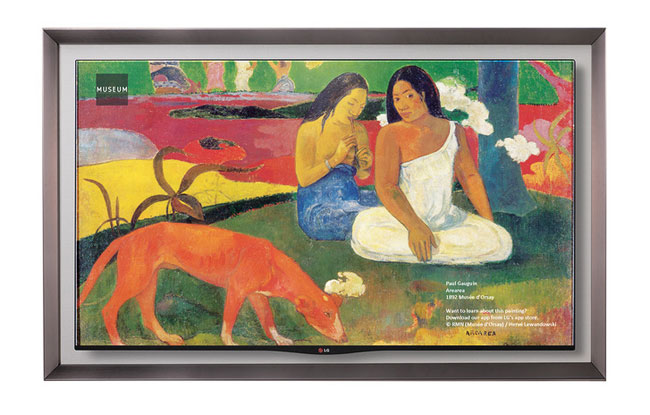 To highlight that wall mounting capability, the screen of the TV has very thin bezels and hangs with a surround that looks like a picture frame. Further highlighting the television’s ability to masquerade as a piece of wall art is the special gallery mode. The gallery mode has images of famous artworks preloaded on the computer allowing it to look like a picture frame on the wall.