Lexmark have unveiled their new Genesis, the first all-in-one upright printer. The new Genesis printer is fitted with a 4.3-inch capacitive color touchscreen display providing access to the printers controls and menus.

Rather than a traditional scanner the Lexmark Genesis has a 10 megapixel camera and uses a FlashScan system, that it uses with a fish-eye lens to produce images. Within .750 milliseconds after you close its front-facing scan bay, the CMOS sensor generates a preview on the 4.3-inch color touchscreen, and 2.2 seconds after that, it’s scanned a full 4800 x 1200 image 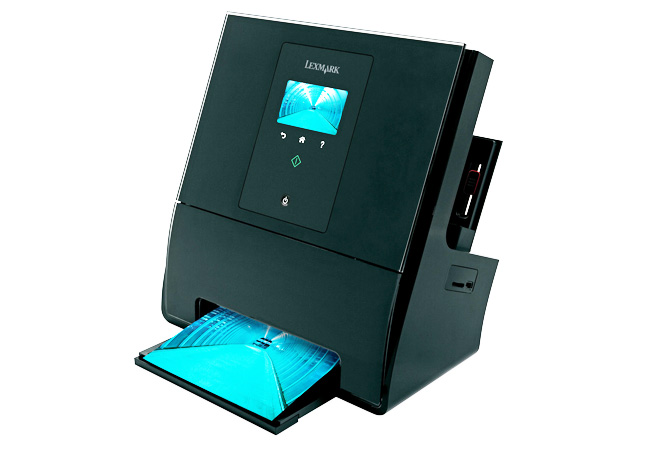 The scanner section of the all-in-one allows for multiple pictures to be scanned at once without the need for them to be separated. It also has the ability for double side printing and is fitted with  Wireless N connectivity.

As well as the standard all-in-one functions the Genesis also has Lexmark’s SmartSolutions apps that include apps for Stamps.com, Evernote, Box.net, TripIt, Twitter and Facebook.

The Lexmark Genesis will launch next year and retail for $399.