Joerg Sprave has been at it again this month and created a lethal crossbow that fires modified toilet brushes, and has named it the Toilet Brush Revolver. 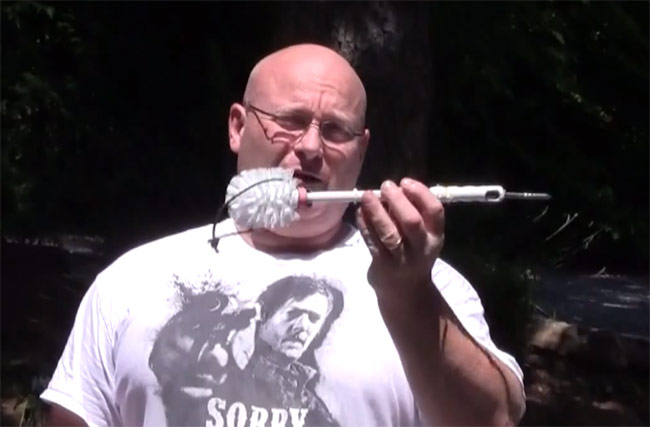