The idea behind this funky looking Leopard Robotic Chair originated from Oki’s own leg-shaped robot “Robot Leg” from 2005. Anyone using the chair will sink 25° which then gives the feeling of being comfortably wrapped and supported from the back. 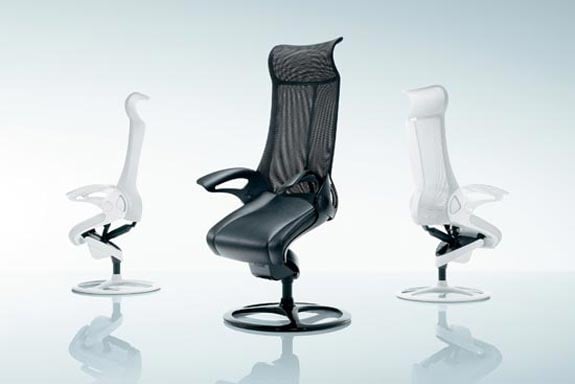 When rising from the chair it rises with you helping you to stand quicker and easier with less stress on on your legs. The Leopard chair was released as a concept last November but has now gone into production but unfortunately it is only on sale in Japan at the moment.