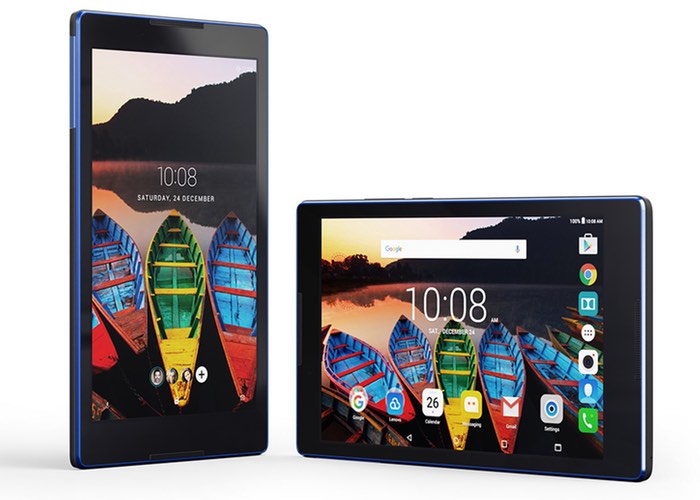 During MWC 2016 this week Lenovo has announced the launch of a range of new Android tablets which start from just $99 and take the form of the TAB3 7, TAB3 8 and TAB3 10 that are equipped with 7,8 and 10 inch displays as the minutes suggest.

The Android tablet Supplied running Android 6.0 and are available in a range of different colours with the TAB3 8 priced at just $99 equipped with a 8-inch IPS display sporting a resolution of 1,280 x 800 pixels together with everything that is included in the TAB3 7 which is available at a slightly higher price of $129.

The TAB3 7 is equipped with an IPS display offering a resolution of 1,024 x 600 pixels and is powered by a 1GHz quad-core MediaTek processor supported by 1GB of RAM together with 16 GB of storage can be expanded further with the use of microSD cards. Other features include a 2 megapixel front facing camera for video calling, together with a 5 megapixel rear facing for video and photographs and LTE connectivity. The TAB3 8 with LTE is also available for $150.

The TAB3 10 Business starts from $199 and comes equipped with a 1080p IPS display and powered by a 1.3GHz quad-core MediaTek processor supported by 2GB of RAM with 32GB of internal storage that can also be expanded using microSD cards.

Other features of the TAB3 10 include the Android 6.0 with Android for Work installed and support for dual-band AC wireless and an 8 megapixel camera together with a 5-megapixel webcam. For $50 more users can add LTE connectivity, and a version priced $299 with 3GB or RAM and 64GB of onboard storage.