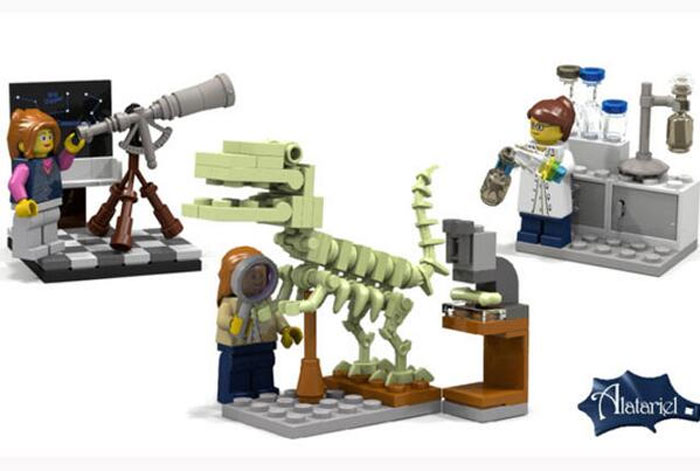 Each of the female figures will come with a little building kit. The characters include a female astronomer with blackboard and telescope. The next is a female chemist that has a chemistry set with her. The final female scientist kit is a paleontologist and the kit comes with a dinosaur skeleton.

The kits will be released in the set called Research Institute. Presumably, all three LEGO scientists will be offered in the single set. It’s unclear how much the kit will cost or if each scientist and her background will be offered individually. The female scientist kit was first suggested on the Lego Ideas website where it received enough votes to be considered for production and was later chosen to be produced.