Over the weekend the NASA Curiosity Mars Rover made a successful landing on the surface of Mars and is now poised to start its in-depth exploration of the Red Planet.

As part of the Build the Future in Space event at NASA’s Kennedy Space Center, master Lego builders Doug Moran and Will Gorman have created an awesome Lego Mindstorm version of the Mars Curiosity Rover, which you can view in the videos after the jump. 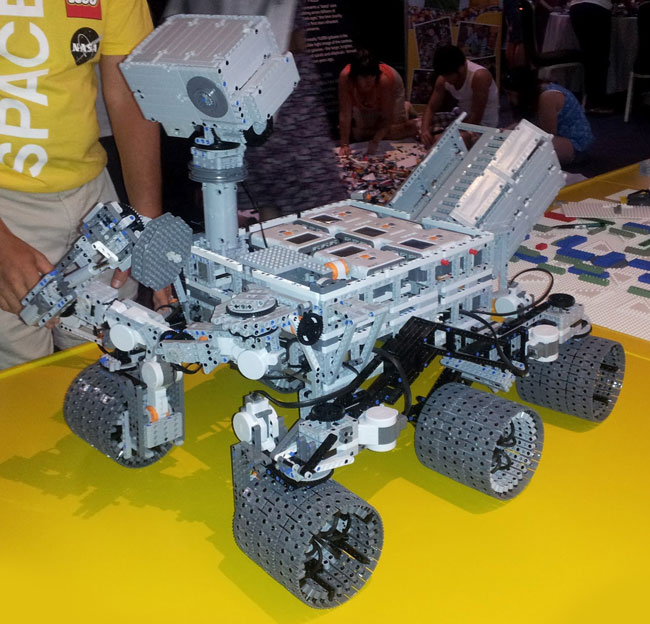 The software used to control the Lego Curiosity Rover was developed using leJOS NXJ, and its equipped with an arm that can be controlled remotely via Bluetooth. For more information on the Lego Curiosity Mars Rover jump over to the BattleBricks website.