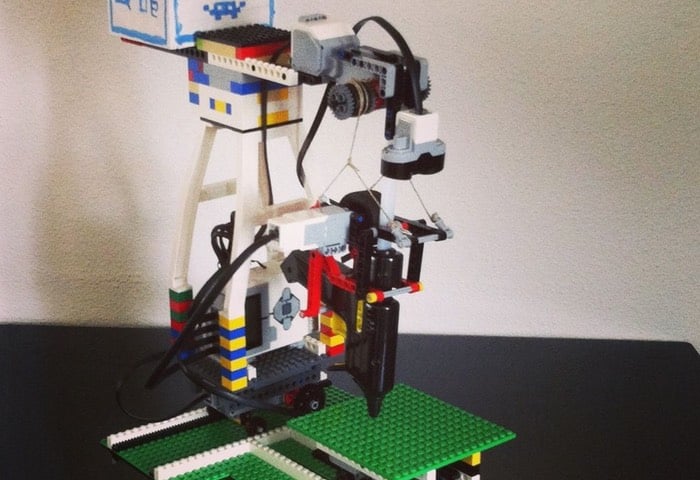 We have featured in many different types of 3D printer over the years here on Geeky Gadgets but one Instructables user by the name of “ W1ll14m “ has used the Lego EV3 Mindstorms system and a glue gun to create working Lego 3D printer.

Ok the Lego 3D printer might not be the most accurate or fastest 3D printer created, but hey this is Lego and an off the shelf glue gun, check out the video below to see it in action.

As you can see in the image above the glue gun has been positioned to be used as the 3D printing nozzle and as each layer is laid down the Lego 3D printer needs to wait approximately 30 seconds before it lays down the next layer.

Instructables user William explains : “My first project is this Lego Mindstorms 3D printer. I’ve already built a prototype before this version, but the results were well…mediocre. This is the 2.0 version. It’s more precise, more efficient and the printed objects are better than in the previous version, although far from perfection.”

So if you fancy building your very own Lego 3D printer jump over to the Instructables website via the link below to learn how to create one.