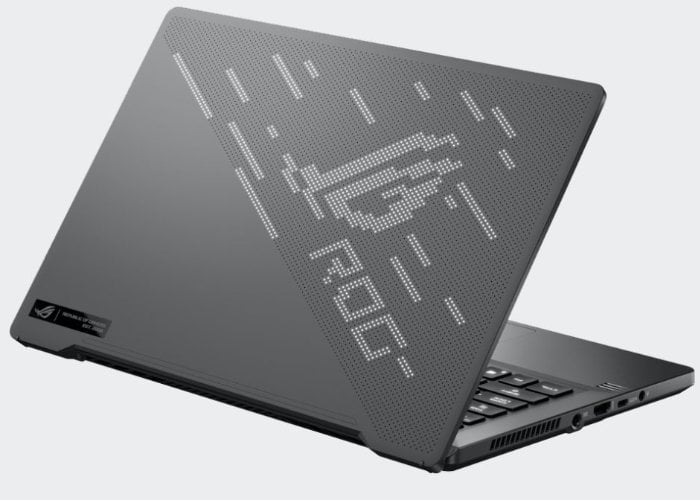 During CES 2020 this week hardware manufacturer ASUS has announced new additions to their range of laptops, desktops, monitors and peripherals, as well as announcing the ultraslim Zephyrus G14 and G15 gaming laptops powered by AMD Ryzen 4800U 8-core/16-thread processors. Not only that the laptops are also equipped with a programmable LED dot matrix on the we are of the screen which can be customised to suit your preferences, Asus calls it the AniMe Matrix.

The LED AniMe MatrixConsists of 1,215 white LEDs embedded into half of the lid providing enough illumination to even be noticed in a well lit room. Asus supplies software with the LED matrix laptops that can be used to write messages, import images, or display animated GIFs.

“After setting the bar for ultra-slim gaming laptops with the original ROG Zephyrus, our engineers continue to redefine what’s possible in the category. The latest example of their boundary-breaking spirit debuts at CES 2020 in the new Zephyrus G14, which puts unprecedented power in a 14-inch form factor that’s portable enough to go anywhere and priced to bring premium gaming to everyone.” 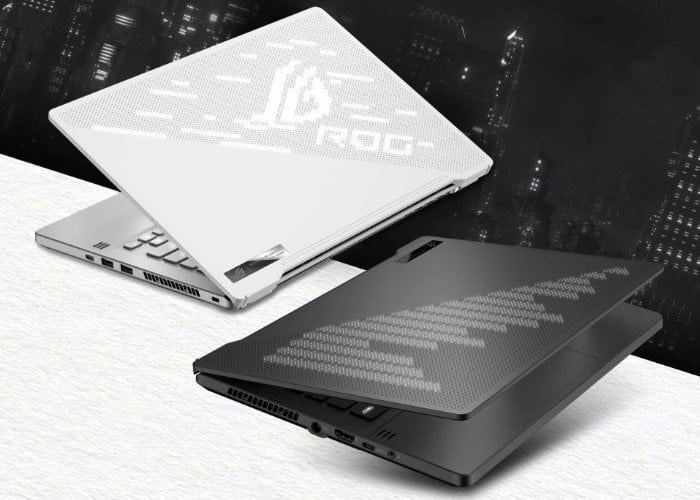 “Cutting-edge components will take you most of the way to an amazing gaming experience, but the real challenge is getting them to work together in such a small machine. Despite a compact chassis that’s under 20mm thin, the Zephyrus G14 pairs exclusive 4th generation AMD Ryzen CPUs with up to an NVIDIA GeForce RTX 2060 GPU. Carefully customized cooling ensures these processors perform at their best, and you can optimize for gaming or creative pursuits with a choice between high refresh and high resolution displays, both with Pantone Validated colors and Adaptive Sync variable refresh rate technology.”

For full specifications jump over to the official ASIS news site by following the link below.