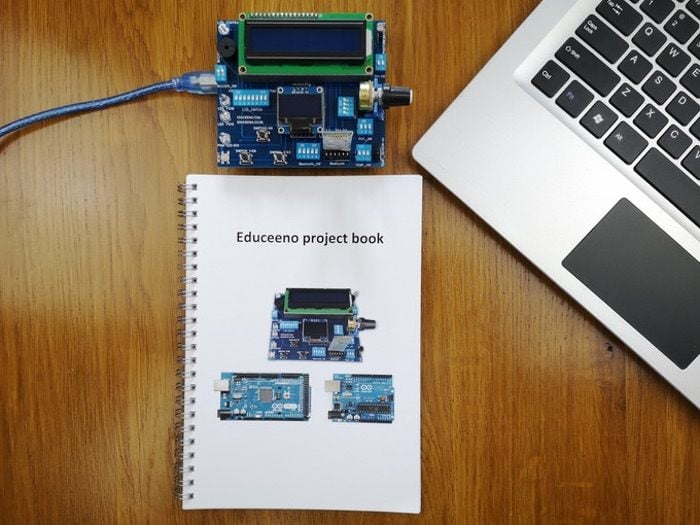 Anyone looking to learn to code may be interested in a new Arduino-based learning tool called Educeeno, which is coming to the end of its Kickstarter crowdfunding campaign and has already successfully raised its required pledge goal to make the jump into production. Educeeno is an arduino-based learning tool complete with tutorial book, designed for providing an easy path to learn more about electronics, and programming micro-controllers. Pledges are now available for the novel project from roughly $58 or £45,  with worldwide shipping expected to take place sometime around February 2021. 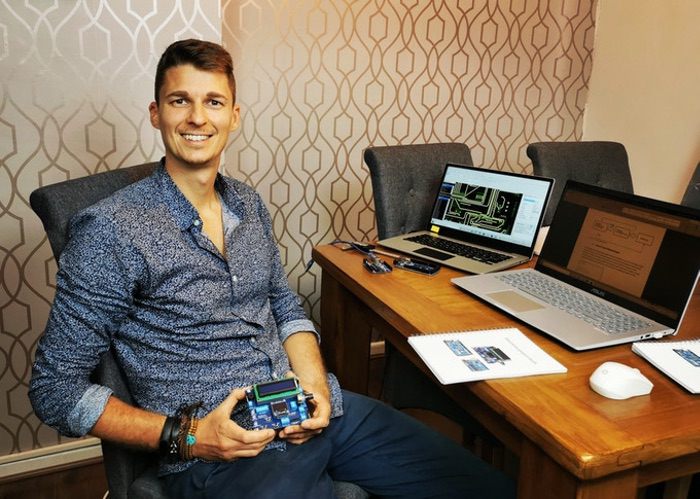 “Educeeno is a click-on learning tool for Arduino Uno and Mega boards that is unique as it comes with a project book that helps you dive into basic electronics/embedded systems and programming trough projects starting from the basics such as blinking an LED, reading sensor values on the computer, to more complex ones like using more of the onboard input and output devices simultaneously (displaying sensor data on one of the screens…etc.) or sending data to your phone via Bluetooth (not compatible with Apple phones). The key is you can learn Arduino without the tedious wiring.”

On the Educeeno board you can find 9 different type of components :

“If you don’t have an Arduino Uno and Mega board no problem! They are widely available on the internet you can get an Uno from Ebay or similar site for around 10$ with cable. Educeeno is compatible with the most common Uno R3 (around 7-10$ on Ebay) and Mega R3 (around 8-15$) and Arduino Leonardo boards. The project book has been design to help the user to get better understanding in electronics, programming in general and programming micro-controllers through projects. At the beginning the book introduces electronics to the reader (voltage dividers, PWM signals… etc.) and also explains basic functions in C programming language (for-, and while loops, if- and else statements, operators… etc.) Later it slowly progresses into more complex projects like how to display a sensor value on the OLED screen, how to use two I2C (I squared C) devices simultaneously, how to pair two Educeeno boards or how to send data to your phone via Bluetooth.” 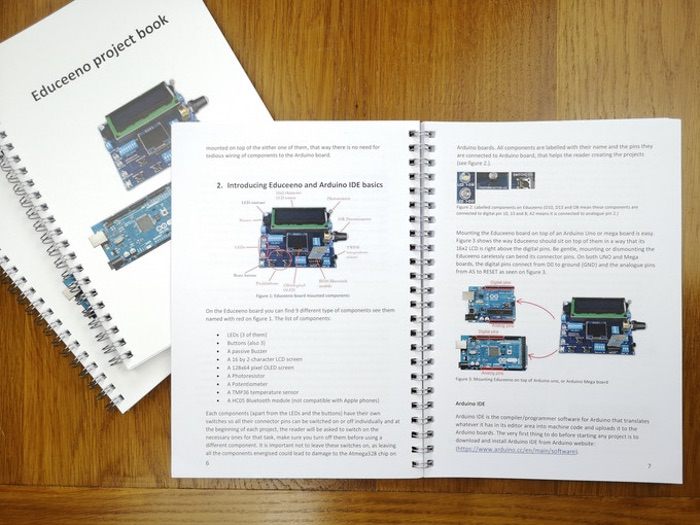 For a complete list of all available special pledges, stretch goals, extra media and detailed specs, jump over to the official Educeeno crowd funding campaign page by following the link below.