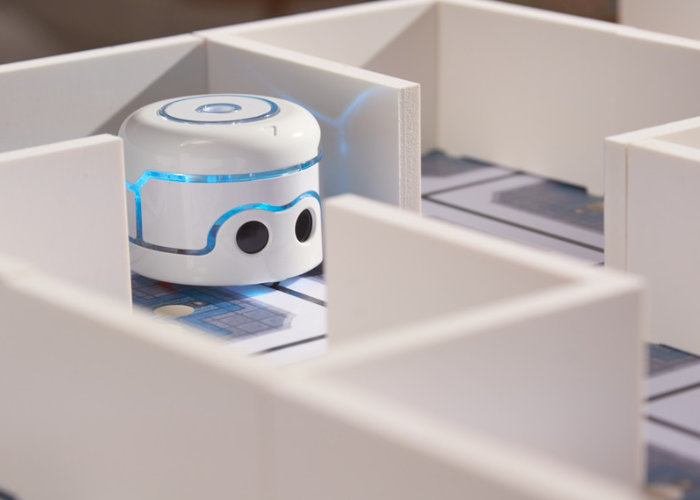 If you would like to learn to code or know someone who would like to start programming, the new Kamibot Pi robot and coding system may be worth more investigation. Specifically designed to enable children of any age to start programming the Kamibot offers a variety of different projects from games to creative drawings to help learn the basics of coding. Launched via Kickstarter this week the Kamibot Pi is now available to back with early bird pledges starting from $59 or roughly £46. Check out the demonstration video below to learn more about the creative coding robot.

The Kamibot Pi come supplied with applications for both Android and iOS devices and is equipped with Bluetooth 4.2 connectivity and a rechargeable Li-Po battery that can provide up to 60 minutes of play on a single charge.

“Kamibot Pi can teach your child coding step-by-step through fun activities outlined in our curriculum. Whether you are coding for the first time or you’ve learned some Scratch in school, Kamibot Pi is a fun and easy way to learn functional coding. Through our first Kickstarter we learned from our backers what they wanted and needed in a coding robot. This helped guide our decisions in creating Kamibot Pi. It is the backers and our users that make our products.”

“Kamibot started with the idea of bringing papercrafts to life, and took on great purpose through teaching young students to code. Our goal was to create a robot that was perfect for the school desk with a few more features that will allow the teachers to do more for their lesson plans. Kamibot Pi also complies with Japanese National standards for STEAM robots used in coding education. If you’d rather teach your child without the use of a screen, Kamibot Pi is codable with command cards straight out of the box. Kids can feed the cards to Kamibot Pi and see the commands come to life.”

For a complete list of all available pledge options and a full description of all the features and projects available with Kamibot Pi jump over to the official Kickstarter crowdfunding campaign by following the link below.