Recently the first Ice Cream Sandwich ROM for the Samsung Galaxy Note was leaked out into the open, and if you were wondering what it will bring once officially released. A video has been made showing the leaked Samsung Galaxy Note ICS ROM in action. 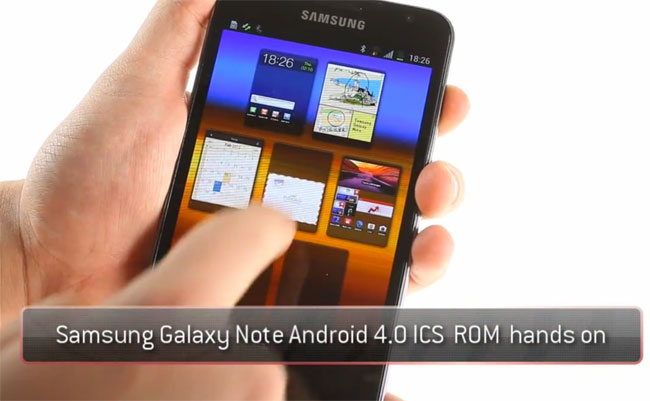 As the video below reveals the leaked Ice Cream Sandwich ROM is really stable, with good performance, and it seems good enough for everyday use. With all hardware supported, including the Samsung Galaxy Note S Pen. GSM Arena explains:

“The notification area has also seen some modifications, including the helpful feature to remove notification by side-swipes. It also seems Samsung will have a couple of nice surprises for us.

While digging into the setting mode we noticed two new options – the first of those enables the displaying of the battery percentage over its icon, while the other improves one-hand usability of the Note by making keyboards use just a part of its screen.”

You can find out more about how GSM Arena installed the leaked ROM on the Samsung Galaxy Note over on their website .