One of the most popular activities people with the iPhone do is play games on the go. Some types of games would really benefit from a game controller of some sort. A blurry image has leaked that appears to be a new product designed for the iPhone 5 from Logitech. The blurry photo shows a game controller that the iPhone 5 can sit inside giving a joystick on the left and buttons on the right. 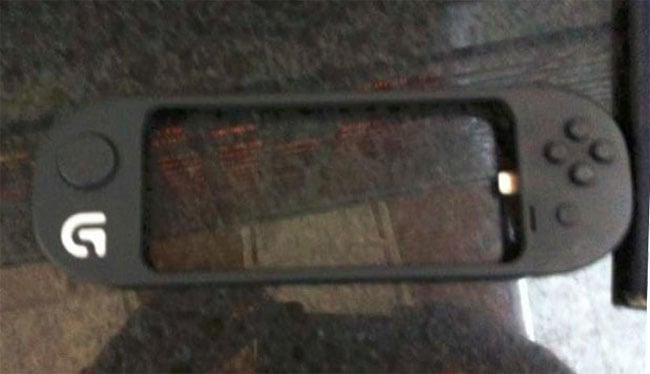