In what is thought to be the last trailer before the official Portal 2 game is launched. Aperture takes us one last time behind the scenes to show us the newly designed Long Fall Boots, to help with a few of the tricker manoeuvres within the game and help survive those extra long drops.

As a Portal 2 fan you might also be interested to know you can now start downloading Portal 2 via pre-load on Steam, giving you the opportunity to dive straight into the game once its officially release.

Watch the Portal 2 teaser after the jump and see what Aperture call the “foot-based suit of armour for the Portal Device” in action. 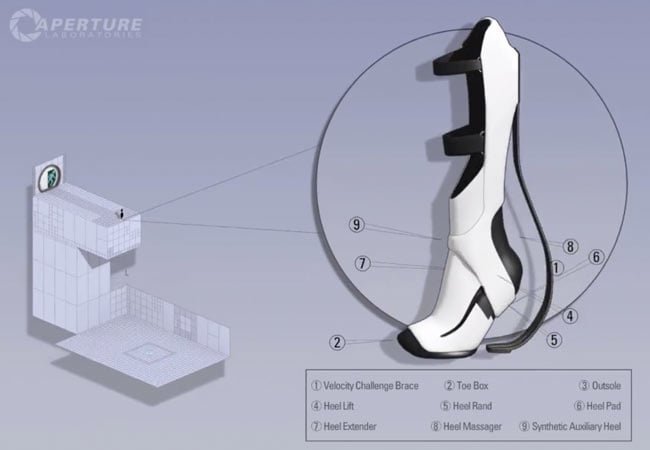