Four kilometers underneath the Amazon river is a vast subterranean water source with possibilities we can only begin to imagine. It’s called the Rio Hamza after ½ of the scientific duo who ‘discovered’ the enormous water source using calculations. No Indiana Jones adventure here (i.e. Indiana Jones and The Lost River of Death) but it certainly proves that the Amazon has more than a few secrets. 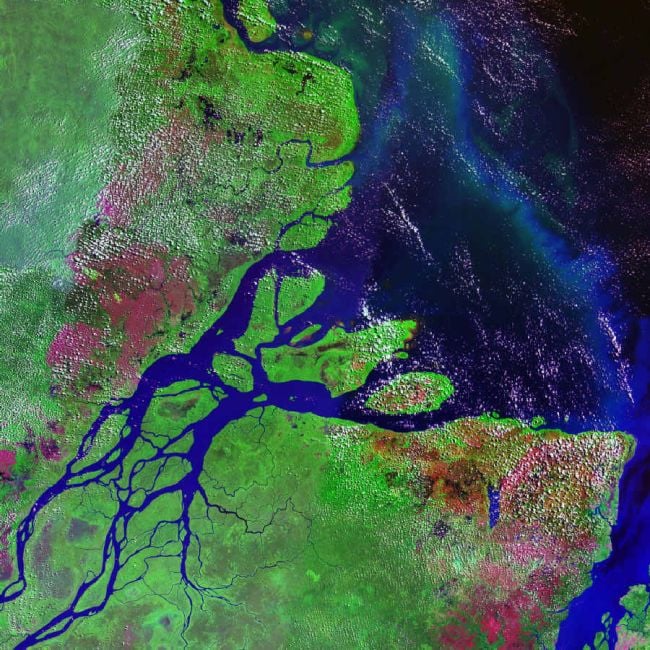 The Rio Hamza was the topic of a new paper by Elizabeth Tabares Pimentel and Valiya Hamza. The duo’s most startling findings could spell close scrutiny for the vast unseen river they claim exists.

The Rio Hamza was ‘discovered’ after extensive calculations by Hamza and Pimentel on hundreds of small wells dug by an oil company more than 30 years ago. According to them, the underground river is as long as the Amazon but is much, much larger—as in up to 400 km. Being subterranean, it’s believed to be very shallow as well.

Of course, the implications here are shocking. If there is indeed a massive river underneath the Amazon, how long before economic planners and politicians deem it necessary to harness all that water? After all, as an agricultural powerhouse, when did a lot of extra water hurt?

On the other hand, maybe it should e left as it is. Who knows what untouched life forms (uh bacteria?) dwell beneath its currents.