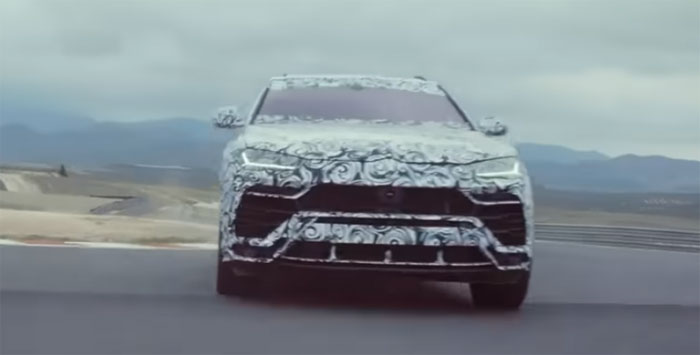 A new video was posted this week by Lamborghini that shows the Urus SUV Corsa mode. The SUV is racing around a track and looking good doing it even though the car is camo clad. If you pay attention to the original video cut, at about 11 seconds in you get a glimpse at the Urus sans camo.

That glimpse isn’t of a real Urus mind you, it’s an image on the in-dash infotainment screen showing the driving modes. The Urus looks very mean and lean. The official unveil for the Urus is set for December 4.

Word is that Lambo plans to build about 7,000 units per year for all models and the Urus is expected to account for about half that production. Some word on performance also came this week and the Urus is tipped for 0-62 mph in under four seconds and a 186-mph top speed.