The new upgrade includes the installation of a pair of 2.5 inch SATA III solid state disks (SSD) providing faster reads speeds of up to 635MB/s. 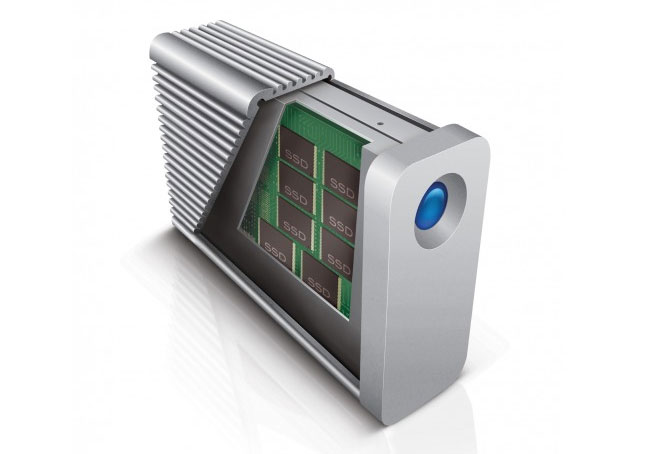 The addition of the new solid-state drives within the Little Big Disk Thunderbolt series, provides it with approximately a 33% increase in speed, when compared to previous versions.

“With read speeds up to 635MB/s, the LaCie Little Big Disk is the fastest portable Thunderbolt solution on the market. It can transfer a 50GB project in less than two minutes or edit six uncompressed 422 streams at the same time. A game changer for content creators and professional users – the LaCie Little Big Disk delivers fibre channel rackmount speeds in a portable solution…”

The new Little Big Disk Thunderbolt series starts at $699 for 512GB and rises to $999 for 1TB of solid state disk (SSD) storage.